Just when you thought you have seen it all, a new dimension of an event where we come across things we can never imagine. South Africa woke up with one of those events, whwere a seven year old toddler shockeed her mother and the entire world with her letter eulogising the mom while announcing that she has a boy friend therein.

Raising a respojnsible kid in today’s world is a herculian taasks, thaty some [parents are confused and sometimes left with no option that taking extreme measure to be able tpo handle the situation.

It is not entirely the fault of the parents but with the recent trend that is obviously beyond their control which can do little or nothing to contend it.

How do you explain that a seven-year-old daughter now has someone she refers to as a boyfriend, where will parents nowadays find firm and courage in showing their kids the right way of living without appearing as an abusive and control freak? How can a kid be busy with boys at this age? Imagine what they do when the together.

Kids at 7 years old they are in grade 2 at that grade their still learning how to write their names and a boyfriend on top of that now that is a surprise. A letter was posted on Twitter after a young girl wrote it to her mom here is the letter from Twitter take a look. 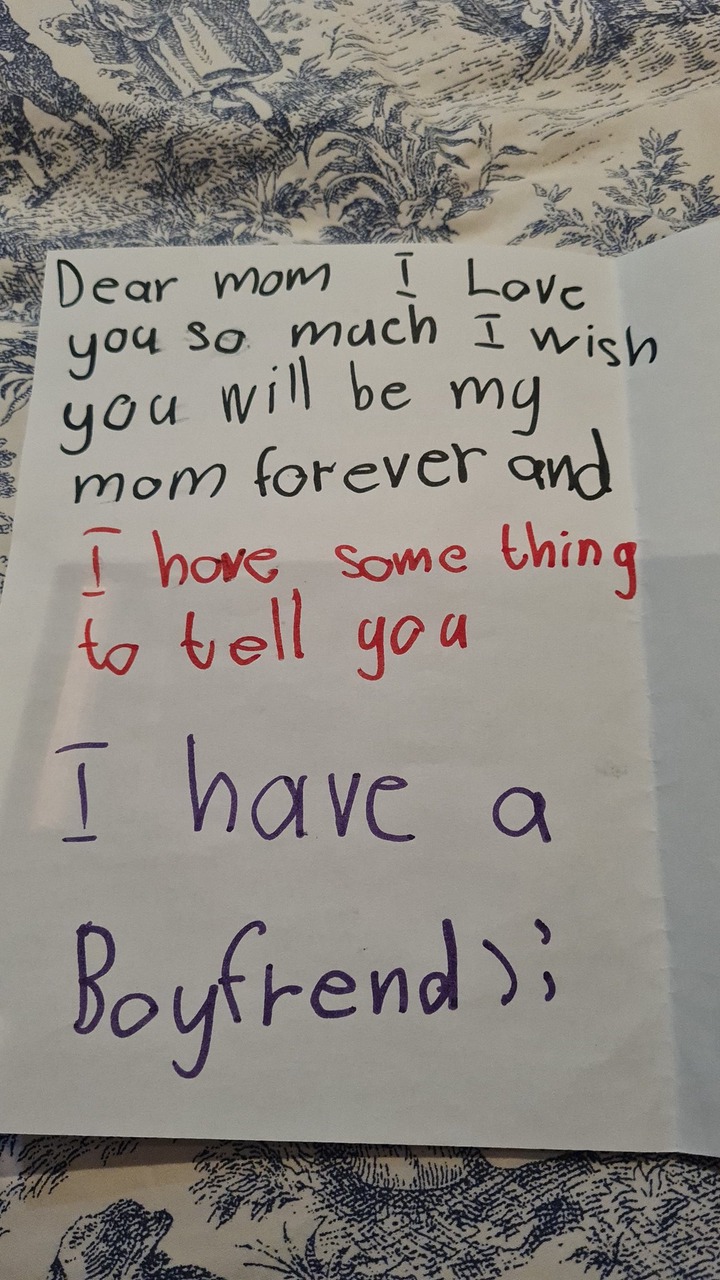 The letter reads “Dear mom I love you so much I wish you will be my mom forever, and I have something to tell you. I have a boyfriend!. She even wrote some other lines using a red marker she sure was about to say something that deserves a hiding. The letter was posted on Twitter here is the post ad mzansi was left speechless.