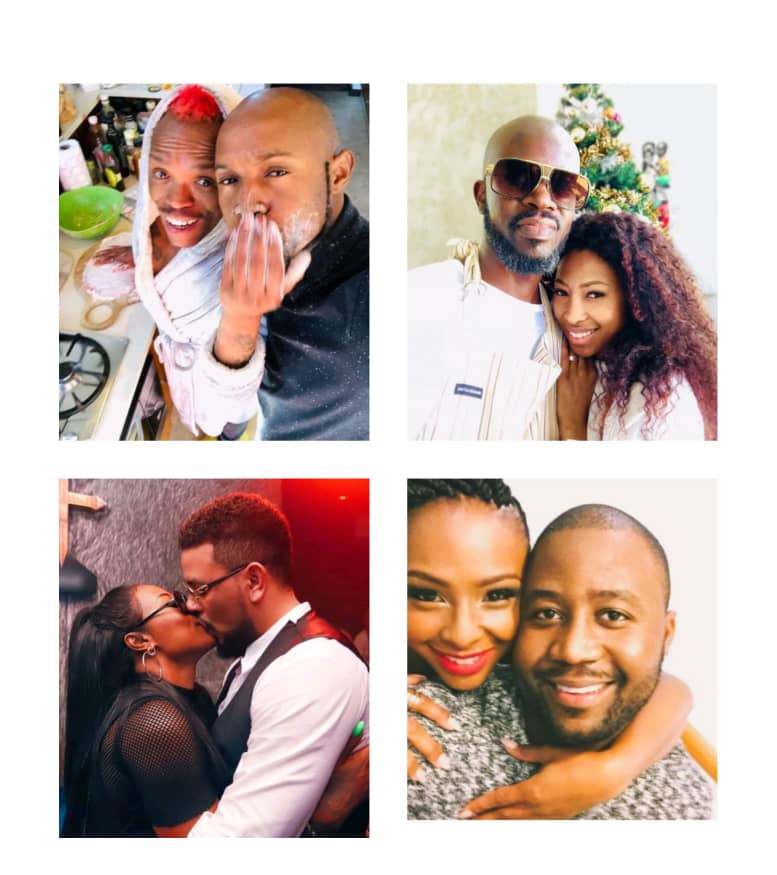 It is no longer difficult to see celebrities to boo up in love in one minute and getting a divorce in the second minute. But what makes their relationship fall apart is definitely a source of worry as it seems as they can not have a healthy relationship which is largely blamed on their lifestyle.

Many popular celebrities are still living in a peaceful home, while some are no longer living together due to one problem or the other.

In South Africa, it is not left out in the squabble as we have had our own share of celebrity marriage and breakups.

Cassper Nyovest and Boitumelo were drowned in the ocean of love, but it did not last as both went their separate ways after a few years in the Marriage.

Black Coffee who was really emphatic about his decision to be with Mbali wouldn’t survive because he was really not sure of that decision. DJ Black Coffee dealt with his separation with Mbali very maturely. He remained silent throughout the ordeal, less emotions didn’t retaliate to insults and focused more on his success and kids.

AKA and DJ Zinhle was a bit predictable, as the sign was there at get-go.

It is widely known that Zinhle has been using the fact that she is older than AKA to control him in some situation, coupled with the fact that she partied with Cassper Nyovest in Cape Town, which the rapper felt it was total disloyalty and disrespect to AKA.

Somizi and Mohale was the hottest trending marriage in Africa as they were the first popular Gay marriage in a society that is still heavily Homophobic. The couple had a lot of difficulties in contending with attentions and intrusion into their marriage. Mohale is the way younger than Somizi as their maturity level would contribute to their fallen apart.

It has been a long time coming for the former president of South Africa Jacob Zuma and his case against the state enquiry commission. The whole country knows that for the past … END_OF_DOCUMENT_TOKEN_TO_BE_REPLACED

Thulasizwe Siphiwe Dambuza, known professionally as Lasizwe has taken to social media to express his heart break as he was dumped barely after 6 months in the relationship. The LGBTQ … END_OF_DOCUMENT_TOKEN_TO_BE_REPLACED

AKA posted a hand of his girlfriend on Twitter with an engagement ring on her finger and fans could not hold themselves and comment. Different comments were written others congratulating AKA for … END_OF_DOCUMENT_TOKEN_TO_BE_REPLACED

Apparently, some of DJ Fresh’s former victims have children as a result of his sexual abuse (rape). Someone just came forward saying they are willing to do a DNA test. … END_OF_DOCUMENT_TOKEN_TO_BE_REPLACED

Dudu Zuma-Sambudla mentioned two things that should be addressed and these include release of CR7 bank statements and investigation of the judiciary. Jacob Zuma’s daughter attached a document with some … END_OF_DOCUMENT_TOKEN_TO_BE_REPLACED