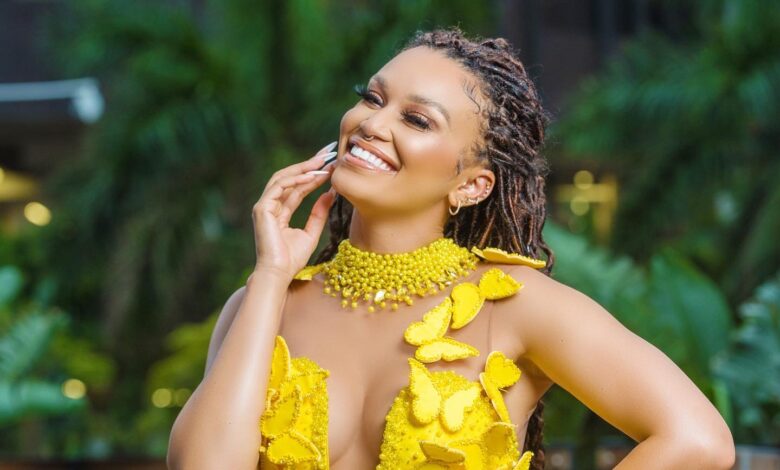 For the past few weeks, Pearl Thusi has been trending on Twitter for so many reasons, as people continue to attack her stance on politic in South Africa and the continent in general.

It is quite heart-warming now to see Pearl Thusi trending for her talent. A few weeks ago, she has been hinting that she is working on a new project. The cat is finally out of the bag that Pearl has scored a role in another international series.

Pearl has been cast to star in the 2nd season of Netflix’s martial arts series, Wu Assassins. This is a Netflix Original supernatural martial-arts series created by John Wirth and Tony Krantz.

Wu Assassins boast a mixture of Kung Fu, Asian Street Food, and Science Fiction, with Iko Uwais starring as a Chinese-Indonesian chef who turns out to be the last of the Wu Assassins.

Season 2 of the series is expected to be released in the mid of 2021 or at the end of 2021. This is Pearl’s latest international gig following playing lead in the first African Netflix original series, Queen Sono.

She posted a clip of the rehearsal somewhere in Thailand, Asia, where a new master is teaching her some basic Karate skills.

We can wait to see the end product and support her to the fullest.

It has been a long time coming for the former president of South Africa Jacob Zuma and his case against the state enquiry commission. The whole country knows that for the past … END_OF_DOCUMENT_TOKEN_TO_BE_REPLACED

Thulasizwe Siphiwe Dambuza, known professionally as Lasizwe has taken to social media to express his heart break as he was dumped barely after 6 months in the relationship. The LGBTQ … END_OF_DOCUMENT_TOKEN_TO_BE_REPLACED

AKA posted a hand of his girlfriend on Twitter with an engagement ring on her finger and fans could not hold themselves and comment. Different comments were written others congratulating AKA for … END_OF_DOCUMENT_TOKEN_TO_BE_REPLACED

Apparently, some of DJ Fresh’s former victims have children as a result of his sexual abuse (rape). Someone just came forward saying they are willing to do a DNA test. … END_OF_DOCUMENT_TOKEN_TO_BE_REPLACED

Dudu Zuma-Sambudla mentioned two things that should be addressed and these include release of CR7 bank statements and investigation of the judiciary. Jacob Zuma’s daughter attached a document with some … END_OF_DOCUMENT_TOKEN_TO_BE_REPLACED