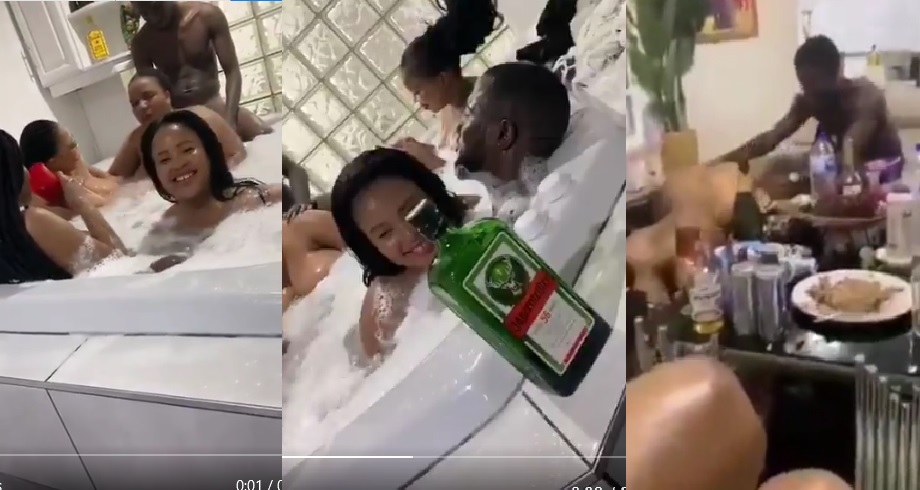 You recall the video that circulated on the internet where Nigerians were having the best time of their lives with our women in Jacuzzi which sparked outrage on the internet.

In the video, the unclad women were seen dangling their breast t to the pleasure of the man, while the other was already
https://twitter.com/Smooothkiller/status/1355114242689691648?

This what they make our south african girls do 🚮🚮 pic.twitter.com/2YLo67LAuK

This is total loss of human dignity deprived by these nigerian drug lords.Our SA sisters really need to grow 🚮 pic.twitter.com/AgWMfu0jlX

According to gatvol Kamohelo Moerane.

Kamohelo says she is one of the women who was featured in the video of the mapona jacuzzi party shame recently.

“What I’m clearing up is that I heard they said I’m selling my body. This body is the temple of God,” she said. “This girl here isn’t perfect. She’s human-like any other but kea e hlompha (I respect myself).

The woman emphasized that allegations she pokes for shoes, as social media users have alleged, are not true.

“I work for myself. No! You guys, just chill. You guys must rest and mind your own business.”

Check out the actress that is setting the internet on fire.

See the sweet pictures as Mona Monyane and her ex-husband Khuli Skenjana celebrate their daughter’s graduation.