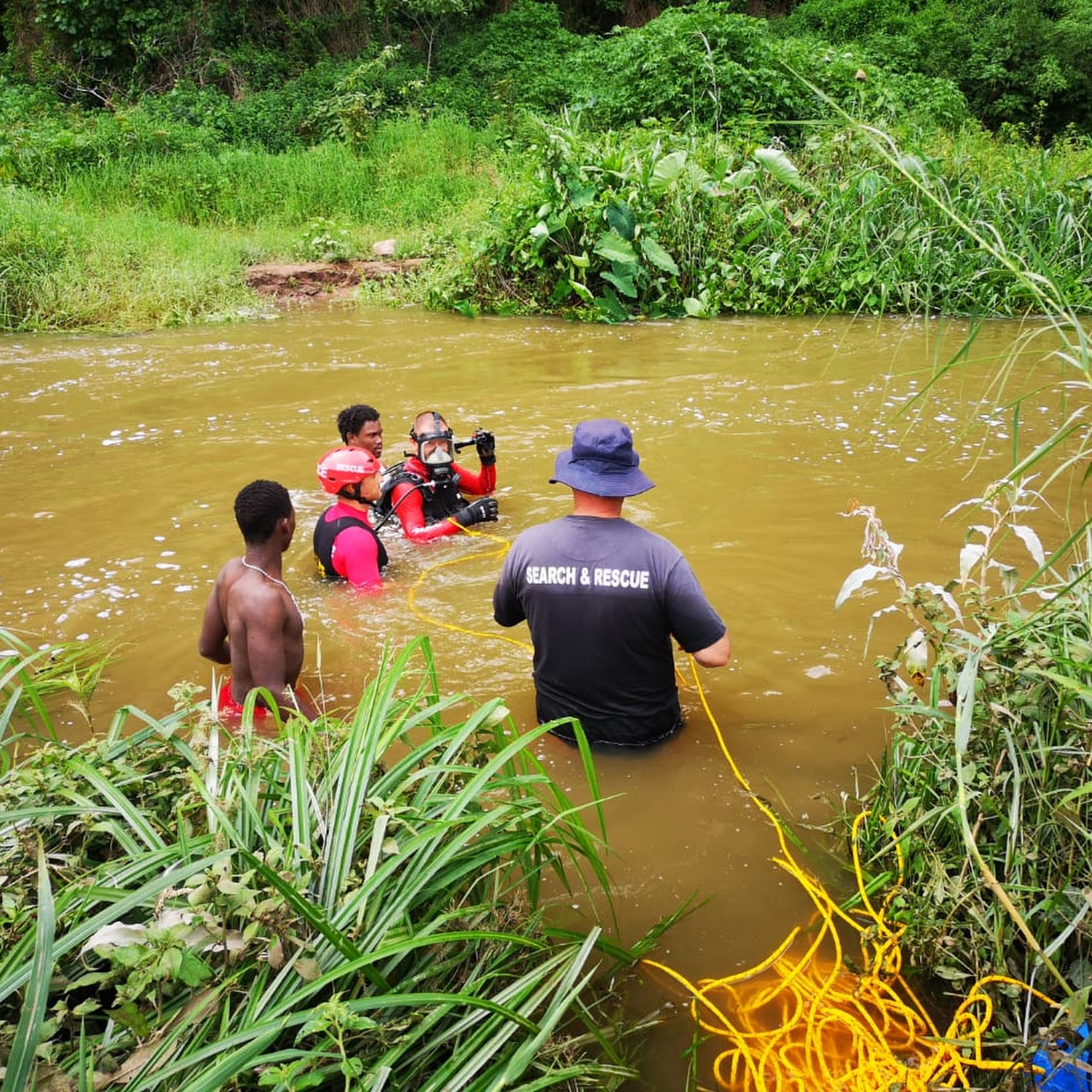 A 5-YEAR-OLD girl drowned while her mother was bathing in the Mvoti River in Damascus on Sunday afternoon.

The girl was alleged to have come to the river with her mother who was washing clothes when she jumped into the river where she was playing.

Police dog unit and paramedics reportedly arrived at the scene in search of the body of the deceased, which was found not far from where she was playing.

Paul Herbst of IPSS Medical Rescue, said their team was forced to use boats and a camera and fly machine over the area where the deceased had disappeared while on the ground searching for her body.

“We found the baby’s body in the river where it sank to the deeper part of the river. We warn the public to be careful at all times when they are near water bodies, ” said Herbst.

“A file has been opened for the case, at the Glendale police station, investigating,  will follow immediately, said Capt Gwala.

It has been a long time coming for the former president of South Africa Jacob Zuma and his case against the state enquiry commission. The whole country knows that for the past … END_OF_DOCUMENT_TOKEN_TO_BE_REPLACED

Thulasizwe Siphiwe Dambuza, known professionally as Lasizwe has taken to social media to express his heart break as he was dumped barely after 6 months in the relationship. The LGBTQ … END_OF_DOCUMENT_TOKEN_TO_BE_REPLACED

AKA posted a hand of his girlfriend on Twitter with an engagement ring on her finger and fans could not hold themselves and comment. Different comments were written others congratulating AKA for … END_OF_DOCUMENT_TOKEN_TO_BE_REPLACED

Apparently, some of DJ Fresh’s former victims have children as a result of his sexual abuse (rape). Someone just came forward saying they are willing to do a DNA test. … END_OF_DOCUMENT_TOKEN_TO_BE_REPLACED

Dudu Zuma-Sambudla mentioned two things that should be addressed and these include release of CR7 bank statements and investigation of the judiciary. Jacob Zuma’s daughter attached a document with some … END_OF_DOCUMENT_TOKEN_TO_BE_REPLACED